(or Jump to About Nerd-Tech, About Oddcake, or Contact Form)

curator, and creator of many passion projects and businesses, Dan’s most recent and heart-felt are…

is inspired primarily by his mothers inability to understand technology, period. In its current status (an infancy state), Nerd-Tech is Dan’s post OddCake outlet for sharing his story, applying his current interests to benefit others, and a means to showcase some of his successes and accomplishments in life. For further info or any questions regarding Nerd-Tech, please see the bottom of this page for contact information.

a party production company based out of Philadelphia, PA, and started in 2009 after Dan finished his education at Drexel University.  The epitome of an unconventional business in an unconventional industry, OddCake attempted (with a large degree of success) to merge an art and interior design collective, a DJ collective, a burning man collective, a group of event planners, company interns, and a post college circle of friends and promoters, all under one banner, in a uniform and cohesive production supercrew branded as The OddCake Party Krew.

Contrary to having the term “Party Krew” (yes sometimes we use Krew with a K) attached to the name, by the time “Oddcake” was officially drafted and on paper, the crew was by no means focused on partying themselves, but much more interested in dripping blood, sweat, and tears to propel the Oddcake brand name up to being synonymous with one of the Northeastern regions secretly elaborate, radically inclusive, unconditionally loving, and intelligently interactive party experiences.

The Oddcake Krew was purpose driven with their target demographic being those carrying a specific “enlightened” mindset, or a potentially convert-able mindset. This mindset shared the sentiment that “partying” was a conscious exercise in the love of and celebration of, others, of self, and of personal growth and success”. This made OddCake, in the realm of east-coast nightlife party production companies, have a brand association that was atypical. It conflicted with the youth oriented production company mind-set that was more aligned with the use of recreational partying as a crutch, and means to escape unfaceable truths or realities about self.

When designing & Marketing the OddCake mentality and it’s message, Dan had to acknowledge and assert a few truths:

If Oddcake were to shape their image and brand their parties as just another means for college students to “get F’d Up and escape reality”, it would be a decision that would attract a larger and more youthful audience, crowd, or “market share”. However, Dan deduced, that that would also be a decision prone to backfire, as the primary focus would be a demographic that had “Short-term retention and limited loyalty” ingrained in their DNA roadmap. Thus, not only did the business side of, but also the sentimentalist side of Dan, decided to first instill within, and then externally implement and market the message of OddCake: a light-hearted and unobtrusive, yet deeply insightful, all-encompassing, highly fulfilling, and love embracing, lifestyle choice.

What were results of this non-standard marketing message? Externally, attendee numbers increased, retention became stronger, and the volunteers became more interested, and OddCake caught the public among newspapers and journalists. Internally, the participants grew, the DJ’s became more refined, the artwork became more elaborate, leadership strengthened (bringing relief to Dans outstandingly heavy workload) and roles grew bigger. Furthermore, the events, parties, and lifestyle experience as a whole got better, much better. The OddCake Lifestyle Experience easily ousted the party memories that OddCakers had from their college years, and the local acclaim OddCake was getting from Philadelphia partygoers was sensational.

Over time and hard work, Oddcake events and Parties (Halloween 2012) became a sensational talk of the town. For the Parties… the generated energy and vibe was top-notch loving and friendly. The atmosphere was filled with people of a diverse age demographic, ranging from the ages of 21 to 60, who shared positive outlooks, expressed love and warmth, shared common interests and goals, and consequently created a communal atmosphere that was synonymous with a family thanksgiving on steroids. If you didn’t know someone at an OddCake event, well, Cakers made sure it felt like you did. After all, we wanted to welcome you into our life!

Dan Ran & the OddCake Krew planned, produced and marketed (many being word of mouth promotion only) over 118 of some of the best, most lively, thrilling, and exciting parties ever created by a company or organization of their size. Focusing on the overall environment, atmosphere, friendliness, radical inclusion, and of course, their very skilled and killer lineup of Resident DJ’s as local talent, OddCake and the OddCake Party Krew came out of Philadelphia night-lifes left field, and consistently crushed it out of the ballpark for six strait years.

For more info/photos on OddCake you can check the main Nerd-Tech Oddcake page, as well as the blog for Dan’s posts regarding OddCake. Furthermore, you can check out the old OddCake Facebook Fan page for anything we may have missed on Nerd-Tech. Lastly, if you are a local Philadelphian looking for nightlife events, or Burning man Based events, you can check out LeftRite, (the successor to OddCake and run by former OddCake Management & DJs) on the LeftRite Homepage or on the LeftRite Facebook Page. For anything else artsy or Burning Man related in Philadelphia, it is recommended you seek out the big brother mentor of OddCake, and class act of an art collective called the “Space Pirates”. Google and facebook is your friend on this one if you are a Philly newcomer trying to get involved. Enjoy the pointer.

As a DJ and Music Producer,

Dan has been a passionate music digger and lover of all types of music. He’s been DJing since 1999 when in high school, he was introduced to DJ John Swan of the Fader Gremlins in his hometown Milwaukee, Wisconsin. Quickly establishing himself as a Trance DJ, a Hip-Hop Producer and MC, Dan has since become a lover of techno, house, and tech-house. In his early phase of production, Dan started “Atomic Mastermind Productions”, which produced a large catalog of underground Milwaukee Hip-Hop that to this day, unreleased (although it is likely that an official mixtape will be released directly on Nerd-Tech). In his early beginnings, Dan found himself shifting from hardware to hardware constantly trying to develop his own unique sound, until he discovered Propellerheads Reason, an audio production program that he swears by to this day. When DJ’ing tech-house parties out east, Dan has a knack for building his sets from low-key mellow house to high energy (depending on the overall mood) dance your butt off tech-house and techno. Behind the DJ Scenes, during the beginning of OddCake, Dan finally caved into technology, and switched from spinning expensive vinyls to using an S4 with Native Instruments Traktor. This technical transition brought about a nerd epiphany, and Dan quickly realized, that by developing a database formula using tools such as Jaikoz, Mixed In Key, Platinum Notes and the open source XLD transcoder, that he could organize, tag, and transcode his tracks to uphold the highest of quality metadata and audio. Through a years worth of a tediousness, Dan eventually transformed his DJ library into a hyper-efficient and impressively accurate catalog of a music nerds wet dream. which up until recently, was flawless. In 2013, Dan was a featured DJ on a Local Philadelphia Radio and Live DJ Performance series branded as 30UNDR30 (30 Under 30), featuring some of the cities up and coming DJ’s to look out for in Philadelphia.

In 2015 Dan Started a short internet radio series on Mixlr.com and reposted his mixes on his soundcloud. You can now find these reposted on the nerd-tech House & Techno page. Dan also was an orchestrater of a daily live mixlr radio broadcast of all Local Philadelphia DJ’s under the OddCake Name, and branded as “OddCake OddCasts”. Dan has also been a featured DJ on Non-OddCake as well as Oddcake events through-out the Philadelphia area including music festivals such as FreeForm arts and Playa Del Fuego (a regional burning man festival).

As an Event Producer

Dan’s contributions to the Philadelphia Dance culture, the burning man community, and the dance culture and lifestyle in Philadelphia have been major. Starting with OddCake as a Burning man theme camp, and as a company, he was one of the few who always paid and invested in promoting local artists, regardless of profits. He  also attempted to establish an ethical code of conduct between local promoters who may unintentionally compete against each other, as well as establish consistent contracts to help standardize financial agreements between club/venue owners, artists, and local/national promoters. In a fast paced east coast industry riddled with con-artists, rip-off promoters, and loose verbal contracts, where navigating grey areas could become a sort of dark art, Dan was a refreshingly transparent event producer to do business with. This reputation eventually granted him the ability and network access to book any club or venue of his desire for Oddcake, DJ’s, bands, performers, or otherwise. In an inadvertent way of becoming a local booking agent, by the end of Dans nightlife/event services career, Dan had produced about 118 events and specialized theme parties.

Although Dan‘s hands on magic is no longer active in the Philly nightlife, music and entertainment industry, and OddCake is no longer active, Dan’s Legacy and efforts continue to perpetuate the greater Philadelphia area via the former and now evolved Oddcake Management and DJ collective, who continue to produce nightlife events and parties, and are now rebranded (with the endorsement of Dan Ran) as “Left Rite PHL“.

For any further questions about OddCake, the Philadelphia night life and events scene, computer or technology problems/question, or anything about Nerd-Tech, feel free to contact Dan Ran via the email information or use the contact form below.

For the security & privacy minded individuals who would like to NSA or Russia proof your email feel free to use our Nerd-Tech Public GPG Key. 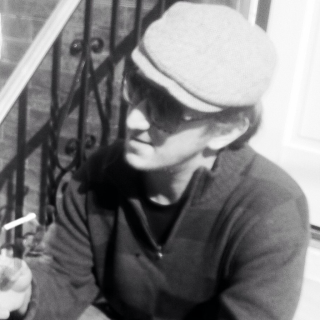 I am a former accountant, long-time entrepreneur, DJ, music producer, event producer, nerd, music fiend, and lover of life. I'm a nerd and Apple Fanboy (at least I used to be) at heart. I always find myself digging deeper into electronics, computers, Mac OS and music. Im a big fan and constant learner of my tripple boot hackintosh running Ubuntu, Windows 10, and Mac OS. I'm enthralled by operating systems and spend much of my time tinkering and hacking (white hat) them. I like to pretend it's the 90's and we are still in the heyday of understanding how computers can work better, and that real DJ's still exist. Call me a tinkerer. https://danran.rocks https://www.github.com/Danrancan Keybase:https://keybase.io/danran Email: dan@nerd-tech.net